Skip to content
Want Energy All Day WITHOUT Any Stimulants? Get DRIVE on Sale Now (code: DRIVE25)

Boost energy throughout the day with DRIVE. Rather than depending on stimulants, drive uses all-natural and organic ingredients to help you maintain high energy levels all day long.

Don’t rely on stimulants that make you crash hours later. DRIVE contains natural ingredients that reduce fatigue and help you perform at your highest level.

DRIVE contains ingredients that help your muscles perform better, also increasing blood flow to allow for better recovery and even better performance in the bedroom.

Antioxidants help improve brain function and health, and DRIVE is packed with powerful antioxidants as well as ingredients that reduce

Why settle for a life with low energy levels, depended on stimulants to get stuff done? Shilajit is a sticky substance found primarily in the rocks of the Himalayas. It develops over centuries from the slow decomposition of plants. contain more than 85 different minerals in their ionic form (bound to fulvic acid). Fulvic acid is considered to be one of our nature’s most powerful electrolytes which are created by soil-based micro-organisms to make vitamins and minerals assimilate better inside plants.

A main component in shilajit is fulvic acid, which is a powerful antioxidant that contributes to cognitive health by preventing the accumulation of tau protein.

This is important because a build up of tau protein can trigger brain cell damage. (1)

May increase testosterone in men

In a 2010 study out of India, researchers gave 35 infertile men 200mg/da of shilajit extract for 90 consecutive days. When comparing hormone and sperm parameters on day 1 to day 90, researchers noted the following improvements:

Another study from 2015 showed that in healthy subjects between 45-55 years, 250mg/day of shilajit extract consumed for 90 days resulted in the following improvements: Though more research needs to be done on this topic, because citrulline appears to improve blood flow, there is one study that found that citrulline increased erection hardness of men with mild erectile dysfunction. (3)

In one study with people who have heart disease or are at risk of heart disease, researchers had them consume L-citrulline for seven days or longer. They found that the ability of their arteries to widen had improved. (4)

Studies of 30 to 40 participants looked at the effects of citrulline supplements in adults with high blood pressure or other heart conditions.

As with most studies on citrulline, continued use seemed to provide the greatest benefits. These studies found that participants’ blood pressure had reduced by 4–15% after eight weeks of supplementation with citrulline. (5)(6)

Another small study examining 12 adults with normal blood pressure found that citrulline reduced blood pressure by 6–16% after 7 days of supplementation. (7)

It appears that citrulline can increase the oxygen content in muscle tissue. (8) (9)

Although citrulline may not allow more oxygen to be used by the body as a whole, it could improve oxygen usage in the exercising muscle. This may improve exercise performance.

One study had cyclists taking citrulline, and the subjects were able to cycle for 12% longer before exhaustion than those taking a placebo. (10)

Another study took 41 men and assessed the effects of citrulline malate on the ability to perform repetitions during upper body exercise.

The participants in the study were able to perform 53% more repetitions after ingesting citrulline malate, compared to a placebo. (11) A deficiency in B12 appears to possibly increase the likelihood of experiencing depression. (12)

In one study, people with early age dementia showed that a combination of B12 and omega-3 fatty acid supplements slowed mental decline.(13)

This other study found that even B12 levels on the low side can negatively impact memory performance. (14)

If you’re deficient in B12, supplementing with B12 will likely help your energy levels.

In fact, one of the most common early signs of vitamin B12 deficiency is fatigue or lack of energy. (15) Another study, in investigating the effects of CoQ10 on physical activity, found that those supplementing with 1,200 mg of CoQ10 per day for 60 days showed decreased oxidative stress. (17)

CoQ10 can help increase power during exercise and reduce fatigue, both of which can improve exercise performance

A study found that supplementing with CoQ10 reduced inflammation in individuals who had asthma, as well as reducing their need for steroid medications to treat it.(21) We Use No Artificial Sweeteners or Dyes or Chemicals

Everything we put into our supplements is all-natural. While artificial sweeteners aren’t poisonous, studies show they’re also not great for your health. While natural sweeteners have been shown to have positive benefits. So, we opt for the all-natural approach for coloring and flavoring.

Every Supplement is Lab Tested For Purity

We send all of our products and every batch we produce out for third party testing to ensure there are no foreign substances such as metals.

What you get from each supplement is only the best, purest ingredients, backed by science to work, and we test to make sure they’re in their full amounts. Call Us Crazy, But We Use Clinically Effective Doses of Only Science-Backed Ingredients

What you’ll see many - almost all - companies do is hide the amounts of ingredients they include in ‘proprietary blends’, or some kind of formula or blend, or they just include a fraction of an ingredient to have it on the label.

Our guarantee is pretty simple. If you don’t love what you’ve purchased, we’ll give you your money back if it’s within 60 days of the purchase.

We’ve done all of the work, research, trial and tests to create the best supplements on the planet that solve real-world problems, but if they’re not right for you, just let us know and we’ll issue you a refund. This only applies to a single supplement. If you buy multiple bottles, use them all, and then want a refund, we’ll give you a full refund for the initial bottle. Take one serving (one scoop) and add it to a full glass of water (2 cups or more) up to 4 times per day to enjoy high, stimulant-free energy levels that don’t come with a crash.

No Artificial Flavoring, Coloring, or Chemicals

Thank you for submitting a review!

Your input is very much appreciated. Share it with your friends so they can enjoy it too! 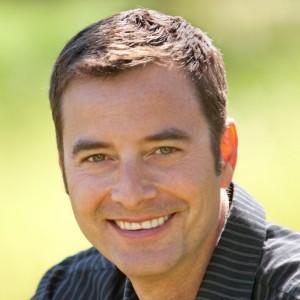 Superior to anything else on the market

I've been researching natural T optimization for years and I'm thrilled that I finally found this product. It not only includes the right ingredients, it has them in the proper doses. I also checked with Chad to make sure that he sourced only the highest-quality ingredients (quality and correct dose are incredibly important). If you don't take the "ManMojo" product with this, you might want to experiment with additional high-quality Tongkat Ali to achieve the optimimum dose for you. I'd also recommend that you cycle this product to get the best results. About once a month, take a break from using the product for 5-7 days. The product tastes great and you will definitely notice a difference in your strength, energy levels, and libido.

Appreciate you taking the time to write this! Love hearing from guys benefitting from our products. - Chad

How do I stop automatic shipment ?

Hey Tony, when you sign in to your account you can pause it or completely cancel it. Or just email us at support@mitanutra.com and we can handle that for you. I'll get our support to reach out to you today. - Chad

Has the formulation changed? It's VERY sweet...

I bought this product for the first time in several years of using other greens drinks, as I remembered liking it, and it was on sale. I'm not sure, but the formulation seems to have changed a bit since then. It feels potent (mainly the Tongkat Ali, I think), but the flavor is MUCH sweeter than I remember it being. Like really, unnecessarily sweet, like a kids' drink. It's possible that this is partially in contrast to the other greens drinks I'd been using, which weren't sweet at all, but I don't think it's just that; even after being back to it for a couple of weeks it still seems REALLY sweet. It seems effective, so I'll keep using it (I bought a bunch!) but if you're sensitive to sweet you might want to think twice. (And the producers might want to consider dialing back the monk fruit just a bit.)

Flavoring is so tough David. We have so many guys who love this one, hated the last one that wasn't as sweet. For the next batch we're going to tone it down a bit just to find a happy medium. I think you'll like it better. I'll happily send you a free bag when the new batch is being sold so you can try it out. Re: formula, we went 100% organic, and changed an ingredient just to be more effective. If there's ever any way we can improve, I'll make that happen. Thanks for the feedback. - Chad founder of MITA NUTRA

I tried it out this morning and from the first taste my energy levels went through the roof, I am 56 years old been having fatigue issues for year and my doctor just ignored it stating, your getting older it'd expected . That's not for me I saw this ad on Instagram and bought it and man I was right it, it does what it says it will do, I feel like a kid again. It am so amazed at how fast it works. I can't get over the taste though. It is like tasting the sweetest orange in the world. Nothing about this product is negative. 100% incredible with no side effects just great energy. Thank you for developing this fomular. I Thank you and will support you forever. Love you man.

This is so cool to hear Charlie! Thanks for the comment. I'm pumped to hear about the benefits you're experiencing! - Chad

Love the taste and gives me the energy I need for the day!

Can I have more than 4 servings a day of DRIVE?

There’s really no point. Once you hit 4 servings, you’ve had your full daily dosages of every one of those ingredients, so to have more than 4 servings is a waste of money, and I don’t want you to do that if there’s no real benefits - and there isn’t. So, stick to 4 servings or less.

What if I like having only 1 or 2 servings a day, is there still a benefit?

Yes, there is. If you like having fewer servings, have fewer servings. It’ll make the pouch last longer, which is always a good thing.

Can I take DRIVE with Man Brain?

Yes, actually they pair perfectly together. Man Brain is our nootropic, which is great for mental energy, improving brain power, and bloodflow. Having DRIVE with Man Brain will only increase the benefits of both supplements.

Can I take DRIVE in the evening?

As it does increase energy, it’s not advised that you take DRIVE in the evening, before your bed time.

Yes! DRIVE is a great supplement for men and women. In fact, it’s our first supplement focused on improving performance for both sexes. If you’re a woman, and want a stimulant-free boost in energy, you’re going to love DRIVE. And it tastes great!